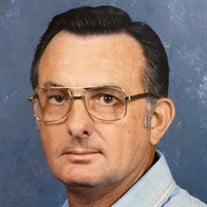 William John Tesmer was born on July 16, 1934, in the town of Taylor, Texas, just northeast of Austin. Bill, as he was known by friends and family (or Billie/Sonny by those from down home), was called home by our Lord on June 12, 2022, at the age of 87, in Corsicana, Texas. Bill was born to Willie and Lydia Tesmer on the family farm in Taylor and was later joined by a younger brother, Raymond Tesmer. He spent his childhood years living and working on the farm. Even many years later, he loved to tell stories of his years on the farm, and continued to remember them vividly, as if they had just happened. He and his brother developed a love for music at a young age - Bill learned to play the fiddle, accordion, and piano, and Raymond played guitar and fiddle. They enjoyed playing together at the local SPJST hall on the weekends. After he graduated from high school, Bill began an agricultural job for Williamson County and joined a western dance band, which performed locally and in surrounding towns. In 1955, Bill gave a stranded blonde-haired, blue-eyed, senior high school band member a ride home from the Christmas parade. Shortly after that, he and that young lady, Barbara Jean Kelldorf, began dating. Bill received his draft notice to leave for the army on January 23,1957 at Fort Lewis Army base near Olympia, WA. On April 15th, 1957, while Bill was home on furlough, he and Barbara became engaged. They married shortly after on October 27,1957 and made their home in Olympia for 15 months. After being honorably discharged as an SP4 specialist artillery surveyor, they returned to Corsicana, Texas, where Bill became employed by the Federal Government Soil Conservation Service. They went on to raise three children, Randy, Michael, and Lisa. The family grew to include four grandchildren and one great-grandchild. Bill loved to go deer hunting and fishing. He also enjoyed taking the boat out to set trot lines and an occasional frog-gigging trip. He loved having a garden every year and could grow the best tomatoes for miles around. Bill also continued to enjoy playing music throughout his life. Bill was preceded in death by his parents, Willie and Lydia Tesmer, his brother, Raymond Tesmer, and his grandson, Aaron Tesmer. He is survived by his loving wife of more than 64 years, Barbara; his three children, Randy Tesmer and wife Laura, of Midlothian, Texas, Michael Tesmer, of Corsicana, Texas, and Lisa Tesmer Jenkins, of Brenham, Texas; three grandchildren, Zachary Jenkins, Lauren and Jacob Peterson, and Samuel Jenkins; and one great-grandson, Bodie Aaron Peterson. The family would like to thank all friends and family who have supported us, prayed for and with us, and loved us through this difficult time. “Now is your time of grief, but I will see you again and you will rejoice, and no one will take away your joy.” - John 16:22 There will be a service to honor William on June 17, 2022, at Faith Lutheran Church, 3824 E. State Hwy 22, Corsicana, Texas. There will be a visitation from 10:00-11:00 with the service beginning at 11:00.

William John Tesmer was born on July 16, 1934, in the town of Taylor, Texas, just northeast of Austin. Bill, as he was known by friends and family (or Billie/Sonny by those from down home), was called home by our Lord on June 12, 2022, at the... View Obituary & Service Information

The family of William Tesmer created this Life Tributes page to make it easy to share your memories.

Send flowers to the Tesmer family.