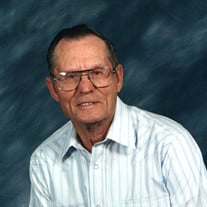 Will V. Sharp Sr., 87 of Purdon passed away Tuesday, January 21, 2020 in Waco, Texas. He was born August 31, 1932 in Weldon, Texas to James Franklin Sharp and Buena Wilda Buchanan Sharp. He was the oldest of 7. He was a hard working man that would do anything for his family or friends. When his father was dying he had to walk 7 miles to get the doctor and when they returned with the horse and buggy his dad had already passed. So in 7th grade he quit school to help take care of his family. He would pick cotton for 25 cents a day. His pets were a racoon and a squirrel. He also served in the Army from February 1953 to April 1955 as a cook during the Korean War. His base commander would not let him leave because of his excellent cooking. He retired from Weben Industries in 2003, and he also had worked for Sinclair Gas Station. At a Christmas party one year they named an award "Will Do" by Mr. Plumby because there was not anything he could not do. He loved to fish, hunt, spend time with his family and still loved to cook. He was preceded in death by his parents, James Franklin Sharp and Buena Wilda Sharp Willis; step father, Roger Willis; uncle Buck - William Roger Willis; aunt Rene - Buena Irene Robbins; Dugan Williamson and Terry Williamson. He is survived by his wife, Mary Ruth Spears Sharp; children, Will Vinson Sharp Jr (Vince), Mary Elizabeth Sharp, Robert Clinton (Clint) Sharp and wife Roberta and Anthony Earl (Tony) Sharp and wife Tonya; daughter-in-law Carleen Sharp , sisters, Sally Bridges, Thelma Lou Shields and Rita Sue Fowler and husband Jerry; brother, Benny Willis and wife Barbara and numerous grandchildren, great grandchildren and great-great grandchildren. Graveside Service with Military Honors will be 1:00pm Saturday, January 25, 2020 at Dresden Cemetery with Bro. Joseph Barrett of Central Baptist Church of Italy officiating. Pallbearers will be the grandsons, Josh Trees, Chase Bryant, Chris Sharp, Joe Slade, Billy Jack Slade, June Fira and Lance Trees.

Will V. Sharp Sr., 87 of Purdon passed away Tuesday, January 21, 2020 in Waco, Texas. He was born August 31, 1932 in Weldon, Texas to James Franklin Sharp and Buena Wilda Buchanan Sharp. He was the oldest of 7. He was a hard working man that... View Obituary & Service Information

The family of Will V. Sharp Sr created this Life Tributes page to make it easy to share your memories.

Send flowers to the Sharp family.