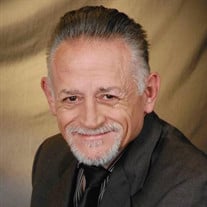 Jackie Thomas “Tom” Curtis, 68, passed away peacefully at home on Friday, June 4, 2021. Tom was born in Corsicana on March 26, 1953 to Charles and Frances Curtis. Raised in Arlington, TX, he graduated from Sam Houston High School in 1971. Tom later enlisted in the US Air Force where he served for seven years as an Aeromedical Specialist, working on bases in Okinawa and San Antonio. While on leave in 1976, he met the love of his life, Sherlyn Brown, and the two were later married on October 28, 1978. After the birth of his twin sons, Jason and Jack, the family eventually relocated to Corsicana where Tom attended nursing school at Navarro College. Following graduation, Tom spent most of his career working as an R.N in area hospitals and rehabilitation centers. A talented singer, Tom was active in the choir and music ministry at Northside Baptist Church for many years, and he also spent time touring with a local southern gospel band. He enjoyed traveling, sharp clothes, DIY projects, working in his garden, and he was an avid science-fiction enthusiast. Tom is preceded in death by his mother, Frances Dill Thomason, and grandson, Camden Thomas Curtis. He is survived by his loving wife of 42 years, Sherlyn Curtis; son Jason and wife Amanda, grandchildren Callie and Owen of Midlothian, TX; son Jack and wife Melissa, grandchildren Conner and Kelsey of Sulphur Springs, TX; his father Charles Curtis of Corsicana; sister Shari Curtis and spouse Diane Tippens of Corsicana; uncle Randy Dill and wife Joy of Corsicana; aunt Sandra Curtis of Dallas, TX; and uncle Robert Curtis and wife Linda of Montgomery, TX. Funeral services will be held at Griffin-Roughton Funeral Home on Saturday, June 12th. Visitation will begin at 10:00am followed by a chapel service at 11:00am. A graveside service will be held the following Wednesday, June 16th, at 11:00am at DFW National Cemetery. Services will be officiated by Andrew Cook and Tim Easley. Pallbearers will be Conner Curtis, Randy Dill, John Icenhower, Paul Luedecke, John Paul Dragoo, Brent Freeman, Alan Bristol, and Kyle Cook. Honorary pallbearer will be Owen Curtis. In lieu of flowers, donations may be made in Tom’s name to Northside Baptist Church and Bristol Hospice. Livestream of service: http://webcast.funeralvue.com/events/viewer/55557

The family of Tom Curtis created this Life Tributes page to make it easy to share your memories.

Send flowers to the Curtis family.