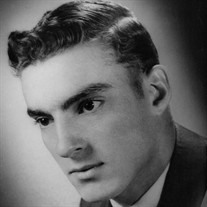 Raymond Douglas (Bud) Osborne was born in Hillsboro, Texas on December 18, 1937, to Henry Thomas and Sarah Jane (Fowler) Osborne. At the age of 10, his family moved to Corsicana, Texas, where he would live for most of his life. Bud played football, basketball and ran track before graduating from Corsicana High School in 1955. He attended his first semester of college at SMU. He made a few C’s, lost his scholarship, and came back to Navarro Junior College. While at Navarro, Bud mowed the entire campus for .75 cents an hour in order to have room, tuition, and meals. He was so grateful to the college for providing him this opportunity. Once eligible, the college gave him a full scholarship where he started and lettered in football, basketball, and baseball. The Bulldogs won the State Jr. College baseball title two years in a row and placed third in the National Tournament. As great as that was, it paled when he walked out of the cafeteria and saw a girl. He turned to his friend and asked, “Do you know who that girl is? I’m going to marry her.” Bud always said he flunked out of SMU so he could meet his soul mate, Eloise Eckhardt, at Navarro. After transferring to Sul Ross in Alpine, Texas, on a baseball and basketball scholarship, it only took one semester of being 500 miles away from Eloise before he popped the question. Bud and Eloise were married on January 24, 1959 and moved to Alpine. Bud credited Eloise with being the reason he got his teaching degree, stating he never made below a B because he didn’t want to let her down. Bud and Eloise eventually came back to Corsicana to teach and raise their daughters. Bud taught Biology and coached football, basketball, baseball, softball and track for 42 years splitting that time between Mildred, Corsicana, Blooming Grove and Rice. Coach had over 180 days of sick leave when he retired. He always thought it was too important for his kids for him to miss a day because, “I might be the difference.” And he was. Over the years since his retirement and during a recent illness, Coach Osborne heard from many of his former students. He was so proud of them all. He knew he wasn’t perfect, but he hoped they all knew he loved them. They will never know how much their words meant through the years. Bud was proceeded in death by his parents and brother, Pete Osborne. He is survived by his wife of 62 years, Eloise, his daughters Vicki Capers (Jim) and Sonya Burnett (Brad). Nephew Robby Osborne (Lindlee), Niece Angie Glover (Don), Cousins Wanda Chesser and Anita Hailey (Rusty), and special friend Fred Biltz (Senior Activity Center-Corsicana). Memorial Service will be held at 1:00pm Saturday, May 22, 2021 at Northside Baptist Church with Bro. Benny Horn officiating. In lieu of flowers, a scholarship account has been set up to pave the way for local students wishing to attend Navarro College at Community National Bank & Trust, Corsicana, TX.

Raymond Douglas (Bud) Osborne was born in Hillsboro, Texas on December 18, 1937, to Henry Thomas and Sarah Jane (Fowler) Osborne. At the age of 10, his family moved to Corsicana, Texas, where he would live for most of his life. Bud played... View Obituary & Service Information

The family of Raymond (Bud) Osborne created this Life Tributes page to make it easy to share your memories.

Raymond Douglas (Bud) Osborne was born in Hillsboro, Texas on...

Send flowers to the Osborne family.