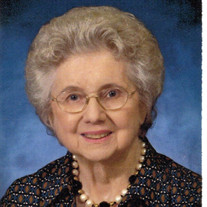 Juliette Coleman, age 95, passed away on March 6, 2022, at her residence in Grand Saline. She was surrounded by her family as she went home to be with the Lord. She was at peace by knowing she will see everyone again in Heaven when Jesus comes to gather all the Christians home. Juliette was born on December 18, 1926, in Dallas, Texas and was later adopted in June 1927 from Hope Cottage by James Thomas and Julia Elma Lee Miles. The Miles family brought her to their home in Fairfield where she grew up a much loved and special child. In August 1946, in a ceremony held at her home, Juliette married Jim W. Coleman of Kirvin, Texas. They were married for 57 years when Jim passed away in 2003. In 1947 they were blessed with the birth of their only child, James Coleman. In 1980, after much research, Juliette was able to locate her biological half-sister, Irene Westmoreland, which closed an empty space in her life and brought her much joy. Juliette attended Fairfield schools where she performed as a twirler for the Fairfield High School Band. Years after her graduation in 1943, she served as a charter member of the Fairfield Ex Students Association. Juliette graduated Four C’s Business College in Waco in 1945. She later attended continuing education courses at Brigham Young University in Provo, Utah; The University of Iowa in Des Moines, Iowa; Texas A&M University at College Station, Texas; and El Centro College in Dallas, Texas. She earned her certification as a Medical Assistant, administrative and clinical, from the American Association of Medical Assistants (AAMA) in 1969 and received her Texas Teaching Certificate in 1970. She was self-educated and took advantage of every opportunity to continue her education by self-study and special education courses. Juliette’s career as a medical assistant began in Fairfield in the offices of Dr. Harry Briggs and Dr. L.L. Bonner in 1947. The Coleman family moved to Dallas in 1952 where she was employed in the offices of surgeons, Dr. Jack Peyton, Dr. Charles Bussey, and Dr. Jack Chisholm until 1970. In the fall of 1970, she became the Director for the Medical Office Assistant Program at the El Centro campus of Dallas County Community College. Through her leadership, the program was certified by the AMA-CAHEA, only one of two such programs in Texas. Juliette was a charter member of the Dallas County Medical Assistant’s Society and served as President in 1958. She was an organizing member of the Texas Society of Medical Assistants (TSMA), founded in 1958, and served as President of this organization in 1960. She served as Chairman of the TSMA Research and Development Committee for five years, establishing, developing, and evaluating a strategic plan that provided direction for the future of the organization. Texas was one of the first medical assistant organizations in the nation to have such a plan and it became a model for other state organizations. In October 1963, Juliette was surrounded by friends, family, and many Tyler Texas yellow roses while she was installed as President of the AAMA in Miami Beach, Florida. She was accompanied by her husband, Jim, who was himself an honorary member of the Texas Medical Assistants Association. Her administration theme, “Excel Through Good Leadership” was accomplished by implementing special leadership training programs for all chapters of the organization. Juliette served on the AAMA Curriculum Review Committee, surveying medical assistant education programs for the approval and certification by the American Medical Association CAHEA. Juliette, known by Judy by co-workers and friends, was a Life Member of both Dallas County Medical Assistants and the Texas Society of Medical Assistants, with honorary memberships in the New Mexico Society of Medical Assistants, the Arizona Society of Medical Assistants, and the Oklahoma Society of Medical Assistants. Upon her retirement in 1982, the Dallas County Chapter of Medical Assistants established the Judy Coleman Scholarship Fund for aspiring students in the Medical Assistant field. Juliette was a member of the National Association of Parliamentarians and was recognized as a Texas Woman of Distinction in 1964 and an Outstanding Educator of America in 1974. She was an active member of the Fairfield History Club, the Texas Federation of Women’s Clubs (Trinity District), and the General Federation of Women’s Clubs for many years. Her membership was sponsored by the late Harriette Williford-Whatley, past president of the Texas Federation of Women’s Clubs. She served as President of the Fairfield History Club twice, from 1988-1990 and again from 1998-2000. She also served on several TFWC and Trinity District committees though the years. She also served with distinction as Chairman of the Bradly House Restoration Foundation Board of Trustees from 1987-2003. In 1988 she served as Chairman of the Keep Fairfield Beautiful community wide program sponsored by the Fairfield History Club and in 1989 the group received second place recognition for their work at the Keep Texas Beautiful convention. Juliette received the O.P. Schnabel Status Citizen Award from Keep Texas Beautiful for her leadership in the local program of work. Juliette was an active member of the First United Methodist Church of Fairfield. She served as President of the United Methodist Women, was a member of the Chancel Choir, served on the Church and Society Committee, the Pastor and Parish Committee, and the Council on Ministries. She was a member of the Administrative Board, and an active participant of the 50 Plus Group and the Joy of Living Bible Study Group. She is preceded in death by her husband, Jim W. Coleman. She is survived by her son, James Coleman, her two granddaughters, Rosalyn Bain and Roxanne Coleman, five great grandchildren, one great-great grandchild, daughter-in-law, Cynthia Coleman, and numerous nieces and nephews. Visitation will be Thursday, March 10, 2022, from 10:00am - 11:00am at Griffin-Roughton Funeral Home, Fairfield. Graveside Funeral Service will be held at 11:00am at Fairfield Cemetery.

Juliette Coleman, age 95, passed away on March 6, 2022, at her residence in Grand Saline. She was surrounded by her family as she went home to be with the Lord. She was at peace by knowing she will see everyone again in Heaven when Jesus comes... View Obituary & Service Information

The family of Juliette Miles Coleman created this Life Tributes page to make it easy to share your memories.

Send flowers to the Coleman family.