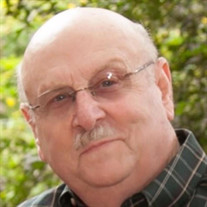 James R. Cross Jim Cross went home to meet his heavenly father on June 11, 2020. He was preceded in death by his father, William R. (Buster) Cross and his mother, Ruth Maddox Cross of Cumby Texas. Jim grew up in Cumby Texas where he was valedictorian of his class at Cumby High School. He attended East Texas State (now Texas A&M Commerce) where he was a member of the R.O.T.C. program. Upon graduation in 1965, he entered the United States Air Force and served proudly for 5 years after completing pilot training in 1966. He had volunteered for Viet Nam as soon as he graduated saying “I was happy as you could be to go off to war” and after supporting the airlift mission in Europe, he served in Viet Nam in 1968-69 as a Forward Air Controller. He directed air strikes along the Ho Chi Minh trail at night to cut off supply lines to the North Vietnamese and on one such mission, Jim earned the Distinguished Flying Cross for armed forces members who distinguishes himself or herself in support of operations by "heroism or extraordinary achievement while participating in an aerial flight”. Upon separation from the Air Force Jim became a commercial pilot and flew for Braniff airlines as well as multiple airlines overseas and concluded his flying career with Viet Nam airlines in 2003. Upon retiring from flying commercially he started a career with the FAA and spent his last years in their Flight Standards Office until his retirement in January of 2020. Jim is survived by his wife, Linda Cross of Corsicana, and his son Christopher Cross of Haslett. Grand- daughters include Kristen Wolf of Italy and Mackenzie Pettit of Royce City. Five great-grandchildren, Emeri Perkins, Ramsey Pettit and Cooper Pettit of Royce City and Lilly and Logan Wolf of Italy. Other relatives include P. J. Edmonds and Heather Forrester of Austin, Allan and Jeanne Melton of Sugar land, Laura Williams, Keely Melton, Olivia Wood, Jase Williams of Sulphur Springs, and Kendall, Chelsea and Austin Melton of Caddo Mills. Jim is also survived by his 99 yr. old mother-in-law, Ruth Melton. Contributions to the American Cancer Society will be accepted.

James R. Cross Jim Cross went home to meet his heavenly father on June 11, 2020. He was preceded in death by his father, William R. (Buster) Cross and his mother, Ruth Maddox Cross of Cumby Texas. Jim grew up in Cumby Texas where he was valedictorian... View Obituary & Service Information

The family of James Robert Cross created this Life Tributes page to make it easy to share your memories.

Send flowers to the Cross family.