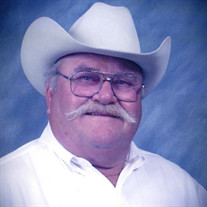 Hershel Ray Jacobs, former football player, coach, and probation officer, died on November 15, 2021, in Dallas. He is survived by his wife, Bobbie, daughters Lisa and Janet Jacobs, step-daughters Amy and Rhonda Tatum, and step-son Malcolm Tatum. He is also survived by his brother David Jacobs and wife Michelle; sister Eleanor Greer, and sister Sandra Hughes and her husband Johnny. He has two step-grandchildren, and many cousins, nieces, and nephews. He was born November 21, 1938, in Corsicana, Texas to Myrtle and Arvel Lee Jacobs. Although he came from humble roots, in his later years he often told people that he felt lucky, saying “‘Never seen the meat so good or the gravy so thick.” Ray was one of ten children and grew up on various hard-scrabble farms around Navarro County, working in the fields before and after school. Football was a means for him to finally escape the cotton fields, and he defied his father to continue to play. One of Ray’s stories include the time he held one of his teachers out the second-story window of the former Corsicana High School — and didn’t get expelled. He eloped with his high-school sweetheart, Gladys JoAnn Bryant, and the two of them moved to Brownwood together where they had their first daughter, Lisa, while attending Howard Payne. At Howard Payne, he was twice named NAIA All-American, and three times was chosen as a Lone Star Conference selection. In 2005, he was inducted into the Howard Payne University Sports Hall of Fame. In 2020, he was inducted into the Navarro College Hall of Fame. He was a first-round draft pick for the 1962 AFL draft, chosen by the Oilers (seventh overall), and by the Cowboys in the seventeenth round (228th overall). Ray was in the hospital recovering from knee surgery when Mickey Mantle came with legendary football coach Bear Bryant to sign him to his first professional football contract. He blamed it on the pain medication and the thick stack of cash they dangled in front of him that he signed with the Houston Oilers and the Dallas Cowboys at the same time. The ensuing lawsuit between the two teams ended with the Oilers winning but they put the trouble-maker on waivers. He was claimed off waivers by the Denver Broncos. Originally a defensive end, he switched to defensive tackle because he was fast and aggressive. He was a two-time second-team All-AFL. In 1967, he was traded to the Miami Dolphins where he met long-time friend Larry Czonka. The two hunted, fished, drank, and played furious football together. Suffering from various injuries, Jacobs was traded to the Oakland Raiders in 1969, but was released before the start of the season. Picked up by the Buffalo Bills, he was traded to the Boston Patriots. In 1969, he played only part of the season before taking a serious injury to his back. When he played pro, Jacobs was 6 foot 3 inches (depending on the team, he was either billed as 6’3” or 6’5”), and weighed around 275 pounds. While undergoing back surgery, the anesthesia wore off and he decided to make a break for it, fleeing the operating room with blood streaming down his back, with surgeons and nurses in hot pursuit. He was eventually corralled, drugged much more heavily, and surgery completed successfully. After playing football, he became a coach and teacher at Mabank High School, Corsicana High School, Navarro College, and Ranger Junior College. The third phase of his professional life came when he returned to Corsicana to become a probation officer for Navarro County, where he served for 20 years, retiring at the age of 72. As a teacher and probation officers, he inspired young men to work hard, go after their dreams, and have respect for themselves and others. He spent summers working for Carmack Watkins on the pipelines around East Texas. After his marriage of 22 years ended with divorce, his sister Marie introduced him to a fellow nurse, Bobbie. They were married for 30 years. After retiring from the probation department, Ray was content to drink coffee with friends in the mornings, play dominoes in the afternoons, and tend to his farm on the outskirts of Corsicana. Gregarious and charming, he called everyone “neighbor.” Prior to the pandemic, he and his best friend Gene Bullard could be found six days a week holding court at various restaurants around town, discussing politics, sports, and everything under the sun. He was a member of Westside Baptist Church. Services will be at 10 a.m. Saturday, November 20, 2021, at Calvary Worship Center, 1364 N. Beaton with Rev. Larry Talbert and Bro. Grady Manning officiating. Visitation with the family will be Friday evening from 5-8 p.m. at Griffin-Roughton, 1530 N. 45th St. He will be interred at Hamilton-Beeman Cemetery. Pallbearers will be Josh Tackett, Wesley Jacobs, Randy Tackett, Michael Jacobs, Lance Hughes, Jarrett Greer, Alvin Mullican and Raymond Wright. Honorary pallbearers are Mark Chapman and Aaron Jacobs. He was preceded in death by his parents, sisters Melba and Marie, and brothers A.L. (Jake), Bobby, Jerry, and Fred. In lieu of flowers, the family requests donations to Westside Baptist Church, the Diabetes Research Institute Foundation, or the American Stroke Foundation.

The family of Hershel Ray Jacobs created this Life Tributes page to make it easy to share your memories.

Send flowers to the Jacobs family.