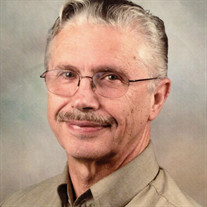 Heinz P. Faber, age 76, Went to be with the Lord on Sept. 21,2020 He was born on Aug. 26,1944 in Lissa, Poland during the dictatorship of Adolph Hitler. In 1945, The Red Cross helped the flee Poland by putting them on a train to Linz, Austria, where they lived in an abandoned house. Many times, when the sirens went off, they had to retreat to the cellar for fear of the bombs. In 1949 they crossed the German border and lived in various refugee camps until they moved to the states in 1955. Heinz began his career in 1966 at Boeing Commercial Airplanes in Seattle, Washington working on the Reliability team. In 1968, he began a 42+ year career at Bell Helicopter in Ft. Worth as an Avionics and Electrical & Electronics Engineer (EEE). During his long tenure at Bell, he became the expert in the analysis of the effects of lightning strikes on helicopters and served as an Engineering representative for the FAA for many years. After his retirement in 2011, He took a few months off and then opened his own consulting business where he continued to leverage his engineering knowledge and skills. Heinz was also a member of the IOOF Lodge #148, a Master Mason at Haltom City Lodge #1331, An active member of the Moslah Shrine Directors Unit and a member of the Order of the Jesters Court #38 He is proceeded in death by his beloved mother Hilda Ashworth and great grandson Landon Willis. Survived by his loving wife Elaine Children Donna Huff, Karl Faber, Trent Young, Shane Young and Andrea Woollett Grandchildren: Darrick Young, Travis Young, Tiffany Willis, Alek Faber, Kamyrn Faber, Dawson Faber, Joey Woollett and Natalie Woollett Great Grandchildren: Kylee Pearce, Tristyn Young, Christopher Young, Jonny Young, Kaydence Young, Valarie Young, Brayden Willis, Colton Willis, TJ Young and Anslee Faber Sisters: Ingrid Garofolo, Nelly Sanford, Anita Granger and Angela Poster Viewing will be on Wednesday, Sept. 30,2020 from 6-8pm at the Griffin-Roughton Funeral Home in Corsicana with the funeral on Thursday, Oct.1,2020 at 1pm at Faith Lutheran Church in Corsicana.

The family of Heinz P. Faber created this Life Tributes page to make it easy to share your memories.

Send flowers to the Faber family.