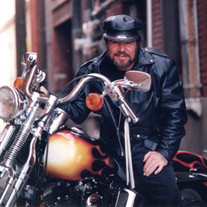 Gary Lee Chandler, 70, loving husband, father, grandfather, brother and friend passed away at his home on Sunday, September 20, 2020. Gary was born in Dallas, Texas September 13, 1950 to Waymon and Nadine (Henderson) Chandler who preceded him to Heaven. Gary was the oldest of 5 siblings, Brenda Bankston and husband David of Winfield, Texas, Kay Summers and husband James of Arlington, Ranae Struble and husband Alan of Rockwall, Texas and brother, Darell Chandler and wife Stephanie of Kemp, Texas. He met and later married the love of his life Becky McSheffrey on June 5, 1970 in Fairfield, Texas. They recently celebrated 50 years of marriage. Gary raised 3 children, Jennifer Denis and husband Ronnie of Malakoff, Tyson Chandler and wife Misty of Corsicana, and Dustin Chandler and wife Stephanie of Corsicana. He was blessed with 5 grandchildren, Brianna and Candice Denis, Tyson Chandler II, Cash and Dixie Chandler, and 1 great granddaughter, Violet Stough. Gary will also be missed by many nieces, nephews, in-laws and friends. Many of whom considered him as Pops. Gary worked in concrete construction for 45 years and retired in 2012. He continued his life long passion of building and fabricating cars, motorcycles and nostalgic collectables. He was a member of the Cowboy Church of Corsicana and had come to truly love our Lord. Visitation will be Wednesday, September 23, 2020 at Griffin - Roughton Funeral Home from 6-8pm. Funeral service will be 11:00am Thursday, September 24, 2020 at the Cowboy Church of Corsicana. Burial will follow at Hamilton - Beeman Cemetery. Pallbearers will be Mike Weaver, David Arnett, Mike Tanner, Larry Lewis, Jeff Warner and Patrick (Skeeter) Gordon. Honorary Pallbearers will be all that knew him. In lieu of flowers donations may be made to: Cowboy Church of Corsicana

The family of Gary Lee Chandler created this Life Tributes page to make it easy to share your memories.

Send flowers to the Chandler family.