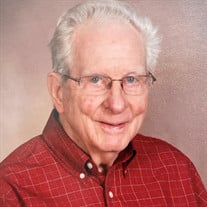 Billy Bob Moore was born on June 25, 1932 in Eldorado, Arkansas, to Thelma Brewster Moore and Robert Jefferson Moore. At the age of 8, his family moved to Port Arthur, Texas where Billy Bob graduated from high school He graduated from Baylor University and Southwestern Baptist Seminary, where he earned a Masters of Divinity degree. Later in life he earned a Doctor of Ministry degree. In 1954, Billy Bob married Aletha Lane. They were married over 60 years before Aletha passed away from Alzheimer’s disease. Both Billy Bob and Aletha felt a strong calling to ministry and had a passion of reaching people for Christ. He pastored churches in Texas and Oregon for a total of 18 years. He and Aletha were appointed as international missionaries by the Southern Baptist Mission Board and spent 3 years ministering in East Africa and over 2 years in Trinidad. Billy Bob also served with the Texas Baptist Convention and Florida Baptist Convention as a church extension consultant and was instrumental in the development of over 250 new churches in the two states. He and Aletha retired in Burleson, Texas and were active members of Travis Avenue Baptist Church, where the both sang in the Senior Adult Choir. When both of them began dealing with medical issues, they moved into an assisted living facility. In his last five years, Billy Bob lived at Brookdale Assisted Living Center in Corsicana, Texas, and was a member of Northside Baptist Church. He is survived by son, Phil Moore and wife Kelly of Corsicana; daughter Faith Sanders and husband Larry of North Richland Hills. Grandchildren - Lauren Venable and husband James, Alyssa Escamilla and husband Kevin, Michael Sanders and wife Reagan. Great grandchildren - Mav Venable, Emersyn Escamilla, and Maysen Sanders, and 4 loving nieces. He is preceded in death by both parents; his wife, Aletha; and son Stephen. Burial will take place, Saturday, December 19, at 11:00 a.m. at Squaw Creek Cemetery in Glen Rose, Texas. A memorial service will be held Sunday, December 20, at 2:00 p.m. at Northside Baptist Church in Corsicana, Texas. In lieu of flowers, the family requests memorials be made to the Lottie Moon Christmas offering for international missions. The following link will assist in your memorial - www.imb.org

Billy Bob Moore was born on June 25, 1932 in Eldorado, Arkansas, to Thelma Brewster Moore and Robert Jefferson Moore. At the age of 8, his family moved to Port Arthur, Texas where Billy Bob graduated from high school He graduated from Baylor... View Obituary & Service Information

The family of Billy Bob Moore created this Life Tributes page to make it easy to share your memories.