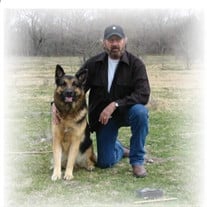 Archie Huel Lowe of Rice, Texas passed from this earth on Wednesday, February 17, 2021. Archie died peacefully in his sleep and has gone to be with his Heavenly Father eternally. He was 80 years old. Archie was born in Wynnewood, Oklahoma on November 7, 1940, to father Thomas William Lowe and mother Geneva Myrtle Ferguson; he was the middle son of three. In high school Archie was an award-winning quarterback for the Celeste, Texas Blue Devils, and participated in many other sports including baseball, basketball, track and field. He was chosen for several football scholarships, but instead decided to enlist in the US Navy. After basic training in New London, Connecticut, he was selected for sonar school in Key West, Florida, after which he served on the USS Taussig, a destroyer which traveled the Pacific Ocean and dropped anchor as far away as Japan. He served in the US Navy from 1959 to 1965. When he returned to Texas, Archie lived in Garland and worked for Lone Star Gas and then Texas Instruments; it was at TI that he met his beloved wife Sara, who also worked there. They fell in love and were married on April 12, 1967. He had an AS from Eastfield College, studied physics and mathematics at East Texas State University (now Texas A&M Commerce), and began a lengthy career as a printed circuit board designer at Unitron, Mostek, and ElectroSpace/Raytheon. In 1977, Archie and his family moved to a sixty-acre piece of land outside Rice and embraced country life, establishing Shiloh Farms. He commuted to Dallas for many years, working as printed circuit supervisor for SciComm/Andrews and teaching design classes at Brookhaven College. In 1991-92, Archie served as co-chair of the Navarro County Republican Party, and from 1996 to 2000, he served as President of the provisional government of the Republic of Texas organization. Throughout his life he remained keenly interested in politics, history, and world events. Archie was a deeply talented country, bluegrass, and Christian musician who could play any instrument that was handed to him, though he was best known as a lead guitarist. He played for and shared the stage with many well-known country and western musicians including Johnny Paycheck, Merle Haggard, Waylon Jennings, and the Ray Price band. His musical career spanned many years and genres, from playing lead guitar in George Jones’s touring band in 1969 to directing the music ministry at Word of Faith Church in Dallas when it first began; locally he sang and played guitar at many area churches and gospel services. His goal was to learn one new guitar lick every day, and certainly few guitarists matched his skill. In addition to playing guitar and flying his airplane, Archie’s favorite pursuits included making silver jewelry, at which he was proficient, and working on the land, building everything from barns to corrals, cutting hay, raising beef cattle, keeping honey bees, and planting gardens. He was an avid motorcyclist, long-distance runner, and proficient at tae kwon do. He was also exceptionally gifted mechanically, and rebuilt his own airplane by hand, often saying he could “fix anything but the crack of dawn and a broken heart”—and that he would attempt a broken heart. He loved animals, delighted in naming and befriending them, and was always kind and patient with livestock, pets, and humans alike. Archie was preceded in death by his parents and by his brothers, Thomas Lowe and James Lowe. He is survived by his wife Sara and his daughter Jennifer, and his many friends and neighbors. A memorial service is planned at a later date; all are invited to attend.

Archie Huel Lowe of Rice, Texas passed from this earth on Wednesday, February 17, 2021. Archie died peacefully in his sleep and has gone to be with his Heavenly Father eternally. He was 80 years old. Archie was born in Wynnewood, Oklahoma on... View Obituary & Service Information

The family of Archie Lowe created this Life Tributes page to make it easy to share your memories.

Archie Huel Lowe of Rice, Texas passed from this earth on Wednesday,...

Send flowers to the Lowe family.