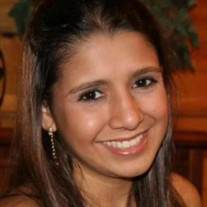 Amber Chey (Epp) Davis, age 39 of Corsicana, gained her wings and went to be with her Heavenly Father on August 16, 2021. Amber was born to Johnny Epp and Edna Bailey on August 10, 1982, in Beaver Oklahoma. Amber graduated from Fairfield High School in 2000. She graduated with her Associates Degree in Child Development from Navarro College in 2003, as a member of Phi Theta Kappa and Psy Beta Honor Society. She has worked in Loan Review and Funding at Community National Bank in Corsicana, Texas for 14 years. Amber was passionate about everything Rayven and Rylan. If there was a sport they wanted to participate in, she was in 100%. Amber made sure her daughters had every opportunity academically and athletically. From Rayven and Rylan participating in CTA cheer competition, softball, soccer, swim team, volleyball, high school and middle school cheer, and the Corsicana Calico dance team. When her girls weren’t busy with sports, the three of them were always together out eating, shopping, or hanging with the family. She so loved watching her girls excel in whatever their hearts desired. She was proceeded in death by her husband, Brennan Davis, grandparents Martina and Julio Juarez, uncle Joe Juarez, and cousins Sakoda Juarez, Estabon Ponce. She leaves to cherish her memory; daughters Rayven and Rylan Davis; parents Edna and Jason Bailey and Johnny and Lisa Epp; mother and father-in-law, Anne and Harry Davis. Sisters and brother-in-law Elizabeth Bailey and Taylor Bailey and Roel Perez; brother and sister-in-law Justin and Allyson Romine; sisters and brothers-in-law, Brandy and Kevin Ermis, Piper and JB Worley, Courtney and Justin Kirk and Brook Davis; grandparents, Wayman Epp, Linda and Tommy Osborne, Lynda and Larry Martinets, Rusty and Vicki Bean, and Jimmy Fisher; her nieces and nephews, Annalieze Bailey, Jackson and Jade Romine, Madison, Sydney, and Hohlt Ermis, Miranda and Ashton Worley, Lauren and Carleigh Smith along with numerous aunts, uncles and cousins. Visitation will be Friday, August 20th from 10:00am - 12:00pm at Griffin-Roughton Funeral Home. Funeral Service will follow at 12:00pm in the chapel at Griffin-Roughton Funeral Home. Burial will be at Calvary Catholic Cemetery. Pallbearers will be Dustin Trull, Lance Farmer, Javier Luna, JR Compeon, Julien Dickinson, Eddie Medeiros, Charlie Shala. Honorary Pallbearers will be Sheadon Juarez, Savoy Juarez, Adrian Juarez and Justin Romine. Link to livestream: http://webcast.funeralvue.com/events/viewer/58908

Amber Chey (Epp) Davis, age 39 of Corsicana, gained her wings and went to be with her Heavenly Father on August 16, 2021. Amber was born to Johnny Epp and Edna Bailey on August 10, 1982, in Beaver Oklahoma. Amber graduated from Fairfield High... View Obituary & Service Information

The family of Amber Davis created this Life Tributes page to make it easy to share your memories.

Send flowers to the Davis family.